Lecture on: The Co-Evolution of Life and Earth The Multicellular animals first appear in the fossil record around 545 million years ago, after 3 billion years of unicellularity. Within 20 million years, virtually every animal body plan that we see at the modern day had also appeared in the fossil record. This remarkable and, by geological standards, rapid phase of evolutionary history is known as the Cambrian Explosion. Intensive research over the last 20 years has focused on the causes and mechanisms of this event, with most hypotheses to date based on a single causal mechanism. These have included ideas as diverse as the evolution of homeobox genes, sunspot activity, sea-level rise, global glaciation, plate-tectonic activity and ocean chemistry. Recent work, however, suggests that the underlying mechanism is, in reality, a complex feedback system and the lecture explored the biological and geological processes at play in this major evolutionary event and their interactions.

Professor Paul Smith is Director of the Oxford University Museum of Natural History (OUMNH). Earlier, he was the Head of the School of Geography, Earth & Environmental Sciences, University of Birmingham. Professor Smith has worked in university museums for most of his career, starting at the Sedgwick Museum in Cambridge before moving to the Geological Museum in Copenhagen. At the University of Birmingham, Professor Smith was Curator, then Director of the Lapworth Museum of Geology before moving to Oxford in 2012. 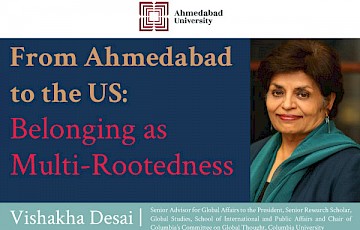 From Ahmedabad to the US: Belonging as Multi-Rootedness 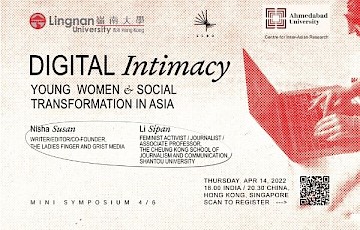