India has been among the first few countries to recognise reproductive rights and the right to abortion as fundamental rights. 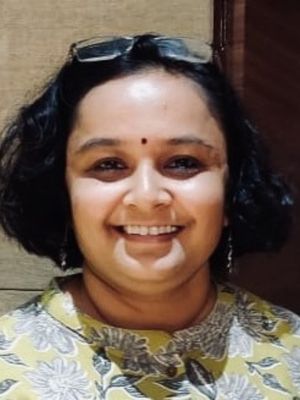 Krishna Bipin Mehta holds a PhD in Law from Gujarat University. At our signature Foundation Programme, she teaches the Democracy and Justice studio.

Right to reproduction and right to abortion - in India, are both of these fundamental rights of the individual? If so, how would they stack up against each other?
Article 14 of The Constitution of India has conferred the Right of Equality, and Article 21 has granted the Right of Life and Personal Liberty to Indian citizens as a fundamental right since Independence, implying that the law of the land has always treated men and women equally. The Indian Judiciary has constantly interpreted the terms "Equality" and "Right to Life and Personal Liberty and Dignity" in their broadest sense giving Indian women the rights to reproduction and abortion. These two rights can be called an extension of personal autonomy, which overall means the Right to Privacy. In several cases like Suchitra Srivastava (2009) and KS Puttaswamy (2012), the Courts have recognised that the rights of women in India to make informed decisions about access to contraceptive devices, to legal abortions, to make decisions about pregnancies without gender discrimination, and to exercise their rights as fundamental rights. However, old societal norms and ideologies are the culprits for making women feel vulnerable about their privacy and influencing their decisions on reproduction and/or abortion. That is why the Judiciary has stepped in to support women's rights. India has been among the first few countries to recognise reproductive rights and the right to abortion as fundamental rights as a commitment to various International Conventions. While many women (in rural and urban belts in India) are not aware of these rights or cannot exercise them of their free will, however, when appealed to, the Judiciary responds in favour of the litigant. In some cases, considering the principles of natural justice, Indian courts have allowed an abortion at 20-24 weeks if they felt the need to save the pregnant woman's life with medical board"s advice and medical supervision.

Is making laws around this serious, sensitive, and personal issue a violation of individual rights? Why should the State modulate individual decisions?
We agree that these rights are highly personal and sensitive and are considered fundamental rights. But in a democracy like India, the government's role is to protect its citizens' interests. The Indian Constitution has empowered the Legislature to enact laws that enable citizens with rights. To name a few, legislations like the Pre-Conception and Pre-Natal Diagnostic Techniques Act (PNDT), 1994, the Medical Termination of Pregnancy Act (MTP), 1971, the Protection of Women against Domestic Violence Act, 2005, and the Sexual Harassment of Women at Workplace (Prevention, Prohibition and Redressal) Act, 2013, with various amendments in recent times are essential in terms of safeguarding women's rights. The State must take care of the health and safety of and provide safe reproductive devices mechanism to its citizens, which is a fundamental right to health. The PNDT Act 1994 imposes a penalty on the medical practitioner for disclosing the sex of the foetus unless required for diagnostic purposes, which can extend to the sealing of the sonography centres. THE MTP Act, 1971, with an amendment in 2021, allows abortion till 20 weeks in case of failure of contraceptives, among others, and for 24 weeks under the supervision of the Registered Medical Practitioner in cases like foetus abnormality. The State cannot enact laws that violate fundamental rights but can impose restrictions. For instance, abortion under medical supervision is a well-thought process to avoid further complications to the woman's life. Hence, it can be considered a reasonable restriction but not a violation of fundamental rights. Laws are enacted by the Legislature but are interpreted and enforced by the Judiciary. But not having any laws or having full restrictions like no right to abortion will make the woman's life miserable if she is coerced or is a rape victim. Also, the fact remains that as an when any abortion takes place, the pregnant woman is deeply disturbed - whether that abortion is with her consent or without. Judges, at times, share the pain of a woman’s turmoil in their judgement. But when it comes to deciding what is ethically right and legal right, the law is tilted towards the legal rights. In most cases, the courts have struck down the provisions violating fundamental rights and have directed the State to protect women's interests. And hence, in my opinion, Indian laws in this regard are progressive.