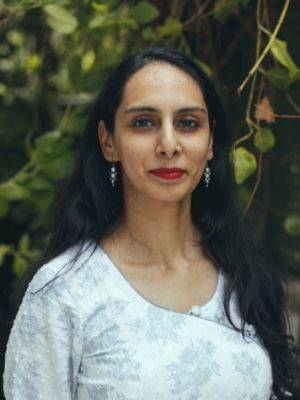 Independent Data Journalist
Author, Whole Numbers and Half Truths: What Data Can and Cannot Tell Us About Modern India In the modern world, we are drowning in data and statistics on everything, but we are not always clear about the context behind the data. Data is just the raw material; the real value is in the stories, the insights, and the wisdom that lies hidden in data. But, something gets lost in translation between the data and the story. India’s statistical architecture is massive, consisting of governmental organisations like Census, NSO, NCRB, NFHS, etc. and private organisations like NCAER, CMIE, etc. Even then, people build incorrect narratives around the data masquerading as facts.

Is it because statistics in India remains inscrutable, inaccessible, and difficult to communicate? What does the data mean in terms of the actual lived experiences of the people of India? What do the numbers succeed and fail in capturing about the social, political, and economic issues in India?

Our speaker, an independent data journalist, author, and recipient of the Likho Award for Excellence in Media in 2019 has extensively researched descriptive data on India. She will discuss the myriad complex socio-political truths of India through her data stories.

Rukmini S is an award-winning independent data journalist based In Chennai and author of Whole Numbers and Half Truths: What Data Can and Cannot Tell Us About Modern India. The recently released book has created ripples with its non-partisan take on Indian statistical data analysis. Rukmini completed her MSc in Development Studies at the School of Oriental and African Studies in London on a Felix Scholarship and returned to India in 2009 to begin work as a data journalist. She has worked as India’s first data editor in the newsroom at The Hindu from 2013-2016. Rukmini won the Likho Awards for Excellence in Media in 2019 for data-driven reporting on changing attitudes to homosexuality. In 2020, she received an Honourable Mention for the Chameli Devi Jain Awards for an Outstanding Woman Journalist. Her data-driven pieces since 2020 on the pandemic in India have been used as a source by health and policy communities for understanding Covid numbers in India.

Mona G. Mehta's research interests include urban transformations and the remaking of city spaces, youth aspirations and skill development discourses, democracy and its vulnerabilities, and the political thought of M. K. Gandhi. She received her PhD in Political Science from the University of Chicago in 2010. 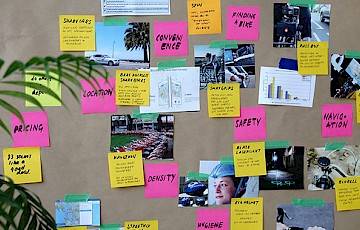