Dr Radhakant Padhi, Department of Aerospace Engineering, Indian Institute of Science, Bangalore, delivered the lecture, 'Fascinating Applications of Optimal Guidance in Challenging Space Missions'  at School of Engineering and Applied Science. Following is the abstract of the lecture.

Abstract
Even though the theory of optimal control is quite fascinating and a great deal of research has been carried out since the time of Bernoulli and Newton, time and again it has been observed that it suffers from either the “curse of complexity” or the “curse of dimensionality”, making it virtually impossible to implement it in real time. However, several pioneering research has been done in the last two decades which cuts through these bottlenecks. A variety of innovative ideas and algorithms have appeared in the literature to compute the optimal control history in real time, thereby opening a whole new possibility of limitless applications, especially in aerospace engineering and mobile robotics. The rapid advancement of computing power has also added positively to this cause. The first part of this seminar talk will contain a brief overview of optimal control theory as well as some of the recently-developed algorithms for fast computation of the optimal control history. This will be followed by an overview of a specific algorithm developed and used extensively by the speaker and his co-workers, named as “Model Predictive Static Programming (MPSP)”. Challenging real-life applications for the autonomy of space vehicles, namely Autonomous Soft-Landing on Moon, Re-entry Guidance of Reusable Launch Vehicles, Formation Flying of Satellites and Autonomous Docking will be part of this keynote lecture.

About Dr Radhakant Padhi
Dr Radhakant Padhi is currently working as a Professor in the Department of Aerospace engineering, Indian Institute of Science, Bangalore. He did his ME in Aerospace Engineering from IISc Bangalore, followed by his PhD in Aerospace Engineering from Missouri University of Science and Technology – Rolla, the USA In 2003; he joined the Indian Institute of Science and is continuing over there since then. He was also a DRDO scientist for a year during 1996-97 before going abroad for higher studies. Dr Padhi is an Associate Fellow of American Institute of Aeronautics and Astronautics (AIAA), a Senior Member of IEEE and a Council member of the International Federation of Automatic Control (IFAC). He is also a member of the Technical Committee on Aerospace in IFAC. Currently, he is the President of the Automatic Control and Dynamic Optimization Society (ACDOS), which is a National Member Organization of IFAC in India. He is also a life member of Aeronautical Society of India, Systems Society of India and Soft Computing Research Society. Dr Padhi’s main research interest is on synthesis algorithms in optimal and nonlinear control as well as state estimation. He works on diverse application areas such as control and guidance of aerospace vehicles, mechanical systems, distributed parameter systems, biomedical systems and industrial process control. He has over 200 publications in international journals and conferences and has received many awards and honours for his research contributions. He is a member of the technical review committee in DRDO and ISRO for several projects of national importance. The guidance and control algorithms developed by Dr Padhi have found good acceptance across the globe. Internet of Things: Fundamentals and Applications 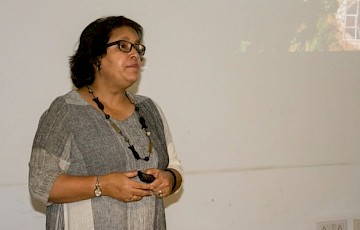 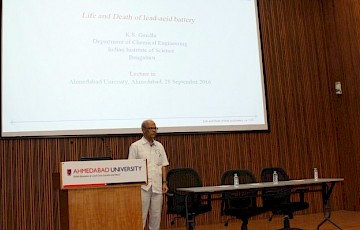