Evolution of TLRs in Primates by Malaria and Sepsis

Evolution of TLRs in Primates by Malaria and Sepsis B. Ravindran, Institute of Life Sciences, Bhubaneswar delivered a lecture on Evolution of TLRs in Primates by Malaria and Sepsis. According to Professor Ravindran, the pathogen-associated molecular patterns (PAMPs) and danger associated molecular patterns (DAMPs) activate macrophages through Toll-like receptors (TLRs) to induce innate immunity and inflammation. Polymorphisms of TLR genes could thus regulate both these processes and contribute to a variety of diseases. Professor Balachandran will demonstrate that mononuclear cells of subjects with a 23 bp deletion in 5’ UTR region in TLR2 gene (the most promiscuous TLR that recognizes PAMPs in bacterial, viral, protozoan, helminth pathogens and also some of the DAMPs) respond more vigorously in vitro to TLR2 ligands in comparison to those with ‘insertion’ allele. Lower primates, Rhesus monkey, Baboon etc., display ‘deletion’ genotype while ‘insertion’ is found in higher primates – Orangutan, Chimpanzees and Gorilla. Based on correlation between in vitro and in vivo inflammation parameters and TLR2 genotypes observed in normal humans and in cohorts of patients with P. falciparum malaria and sepsis, we propose that these diseases could have selected for moderated TLR2 mediated inflammation in higher primates rendering them relatively refractory to severe malaria and sepsis and that absence of severe malaria in early homo sapiens and its emergence in recent times is the basis for existence of both ‘deletion’ and ‘insertion’ alleles in human population.

Professor Balachandran is currently an emeritus professor at the Institute of Life Sciences, Bhubaneswar, India. He was also the director of the Institute of Life Sciences, an autonomous research institution under the Department of Biotechnology, Ministry of Science and Technology, Govt. of India.  Prior to joining and heading the institute, he worked as a scientist at Indian Council of Medical Research for more than two decades. A microbiologist by training, Professor Ravindran studied at JIPMER, Pondicherry and Delhi University and later in the Liverpool School of Tropical Medicine, UK and University of Connecticut Health Centre, USA. His research interests include Immunology of infectious diseases such as Malaria, Filariasis and Sepsis, regulation of inflammation and macrophage biology in infectious diseases, the evolution of the immune system in mammals. He has been an active member of a large global consortium of investigators from Universities and Research institutions in UK, USA, Germany, France, Netherlands, Malaysia and Indonesia for nearly a decade working on Immuno-biology of Metazoan pathogens. He was a visiting Professor/Visiting Scientist at University Edinburgh, University of Bonn, Pasteur Institute at Lille during the last 10 years. He has published about 90 scientific papers in International journals. Over the last three decades, he has successfully supervised 18 PhD and 16 MD students. The Conversation Series: A Tale of Two Cities: The Making & Remaking of Bombay and Ahmedabad through Pandemics 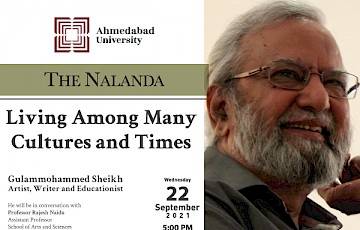 The Nalanda: Living Among Many Cultures and Times 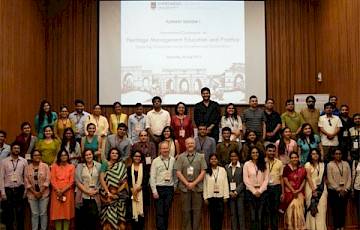