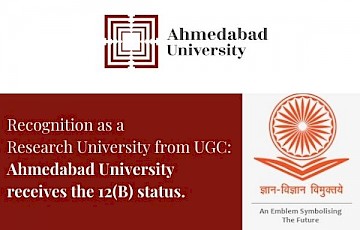 Recognition as a Research University from UGC: Ahmedabad University receives the 12(B) status.