Then, from the Chief Guest’s (Dr Pankaj Chandra, Chairman, BoM, Ahmedabad University) Inaugural Speech, one very important thing that we learnt, was that by respecting others, we respect ourselves.
Dignitaries’ talks and branches’ awards motivated the students for the year ahead. The Best Student Branch award was given to 3 branches. DAIICT stood first in this. MEFGI and MBICT stood second and third respectively. The Best Student Branch for Membership for less than 4 years was awarded to GCET and SEAS -AU (first and second respectively). The above two category awards were given by Mrs Anjali Diwan, Student Activity Chair – IEEE Gujarat Section. There were also Student Volunteer awards where 2 members of each Student Branch were given framed certificates. Moreover, there was a surprise award, which was a Students’ Pole Award for the Best Branch Practices which were rated from the respective posters. 4 (DAIICT, MEFGI, GCET, AU) Student Branches of IEEE Gujarat Section gave a presentation of the Best Practices performed by them. One after one, we learnt about the stepping stones of each Student Branch and the ways they dealt with the challenges they faced. The lunch break was declared after the open house discussion and the group photo.

After lunch, along with the Executive Committees’ meet and discuss, the networking activities (team making, fishing expedition) aimed at improving inter branch students’ interaction were carried out. Even the teams’ formation involved a lot of interaction. Teams were formed such that each team had members from all different student branches. Furthermore, the personality treasure hunt game included interaction with SEAS students, especially as they had to explore locations in the college from the clues given to them. About 180 participants were there in this game. From 24-25 teams, 3 teams were selected as winners. They were awarded surprise gifts like power banks and pen drives. Everyone enjoyed the game a lot. At 5:00 pm, the event dispersed with the high tea.

SAMPARK is one of the most unique events organized for the students and by the students with a tagline "Reach Out and Engage". Institute of Engineering and Technology was glad to host the most important IEEE Gujarat Section Networking event for the year 2016.
Sampark’16,
Ahmedabad University students’ branch of IEEE 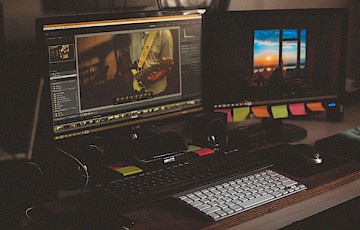 Research Seminar: The production of sound by low and high Mach number flows