With the earth's temeperature to scale by 1.5 deg C by 2030, climate extremes like heat waves, floods and drou-ght pose a Colossal challenge to Gujarat. Avoiding the cata-strphy will require extreme cooperation from stak-eholders and integration of climate change in major urban planning programmes, says authors of the recent Intergovernmental Panel for Climate Change (IPCC) report. Two of the 91 authors of the book are from Gujarat. Professors Minal Pathak and Priyadarshi Shukla, of Ahmedabad University, have worked extensively on the IPCC report. While professor Pathak is a senior scientist of IPCC, professor Shukla is co-chair, IPCC working group.

Need of heat action plans for all cities
Inferring the IPCC report for India and Gujarat, professor Pathak told DNA that time is running out to avert a disaster. "The report highlights that some of the regions will experience extreme warming. Being arid, we are a higher risk and extremes will be intense. Impacts will range from drought, irregular rainfall, floods, the impact to agriculture in Gujarat. For example, we need heat action plans for all cities of Gujarat, which currently are present only for Ahmedabad and Surat. As the state is likley to witness rise to coastal flooding, especially cities like Surat which have critical infrastructure in vulnerable areas," she said.

Real estate players to be consulted
Realising that the biggest contributor to climate change will be buildings, Pathak feels that our buildings need to become a lot more efficient.
"Only real estate developers will be able to implement the same as they are the key stakeholders. Are they being consulted? Their views matter. We need high-level of co-operation at a scale and the speed at which we want it to happen. How well is our state action plan tied up with national action plan and how well is the state action plan speaking to cities and practitioners? Some great things have happened in the state, but we are not ready to meet these challenges." she said.

Urgent need to main-stream climate change
There is an urgent need to mainstream climate change in mainstream plans and policies. The report calls for cleaner transport and this will work two way for Gujarat. Since we are inching towards air pollution, electric vehicles will help for clean transport as well as beat air pollution. The state can also become a manufacturing hub for such vehicles and create more green jobs.
On a concluding note, the authors said that taking steps at this point of time will result in avoiding damage costs of climate change, which are huge. The authors are also holding an outreach event at Ahmedabad university next month to disseminate the findings of the reports with all stakeholders. A high-level meeting was conducted at New Delhi a few weeks ago with the Ministry of Environment and Energy.
Ahmedabad university on January 10 also hosted a session on IPCC Assessment process. The closed-door discussion was attended by academicians and researchers from IIM-A and other institutes. The team including professor PR Shukla, professor Minal Pathak and Renee from Imperial College of London spoke about the entire process of the report, their hardwork for three years and the uniqueness of the report.
Sharing details, the authors said, "We do not conduct any research as part of IPCC. What we do is review the literature on a particular topic. We then form teams from different nations and eventually come with a conclusion analyzing all the literature. The entire process is a very transparent process as it involves government stakeholders as well."

THROUGH THE AUTHORS’ MIND Read the original article here 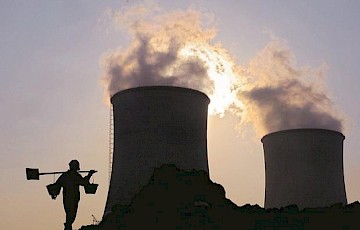