How far do geopolitical situations determine a country’s strategy? In this talk, we look at India’s foreign and security practice, and policy and strategy since independence, to get a sense of how India’s strategy shifted as the geopolitics of Asia changed, and, equally significantly, as her capacities grew. The talk begins its examination with non-alignment as a response to a bi-polar Cold War world when Indian capacities were extremely limited, through the unipolar moment with the USA as the sole superpower, to the present situation of a world adrift between orders when India has developed influence but faces unprecedented challenges. It concludes with the speaker’s ideas on a possible way forward for India.

Speaker: Ambassador Shivshankar Menon is currently visiting professor at Ashoka University, and Chair of the Ashoka Centre for China Studies. He was previously the National Security Advisor to the Prime Minister of India, January 2010-May 2014; Foreign Secretary of India, October 2006-July 2009; and has also served as the Indian Ambassador or High Commissioner to China, Pakistan, Sri Lanka and Israel. His book India and Asian Geopolitics: The Past, Present (Brookings Press USA, & Penguin Random House India) was released in April 2021. He has been a Fisher Family Fellow at the Kennedy School, Harvard University, and a Richard Wilhelm Fellow at MIT in 2015. He was chosen as one of the “Top 100 Global Thinkers” by Foreign Policy magazine in 2010. 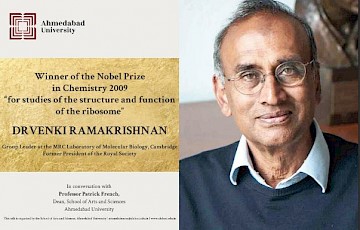 Whose is Wealth? The First Verse of Isha Upanishad