Professor S. Ramaswamy delivered a lecture on The Pacific beetle cockroach, which is the only known Viviparous cockroach. The accidental observation and the curiosity of a student who noticed that the gut of the embryos is filled with crystals making them shiny during gestation made Professor Ramaswamy and his team pursue studies on these crystals. These crystals are in vivo grown in the cockroach and are crystals of a glycosylated protein, with lipid-bound making them highly nutritious food. When Wayne Schaefer of Wisconsin noticed in the southern Canadian lakes that the yellow walleyes were turning blue, he brought a bluefish to Iowa. The blue pigment (Sandercyanin) is a complex of a protein and biliverdin. The blue pigment shows bright red fluorescence when excited with UV light. Further study showed the molecular mechanism of how the walleye adapt to human environmental pollution (which increased ozone holes) by using the product of pollution to protect themselves from the UV. This is an interesting example of watching adaptation in action and finding a molecular explanation. During the talk, Professor Ramaswamy presented details on how these two curiosity-driven studies have led to new biotech products.

About the Speaker:
Professor S. Ramaswamy is the Senior Professor, Institute for Stem Cell Biology and Regenerative Medicine (inSTEM), Bangalore and an Adjunct Professor, Department of Biochemistry, University of Iowa. He was also the Dean of inSTEM from May 2009 – June 2016. He was the founder and CEO of Centre for Cellular and Molecular Platforms (C-CAMP) during this period. C-CAMP is an initiative of Department of Biotechnology, Ministry of Science and Technology, Govt. of India, with a mandate to be an enabler of cutting-edge life science research and innovation. Prior to joining inSTEM, he was a Faculty (Assistant Professor/Associate Professor) at the Department of Biochemistry and Department of Chemical and Biochemical Engineering at the University of Iowa from 2000-2009. Here he was also the Assistant Dean for Research/Director of core facilities (2006-2009). He was a Docent at the Department of Molecular Biology, Biomedical Centre, SLU, Uppsala, Sweden (1997-2000) and a researcher and a postdoctoral fellow in the same department. Professor Ramaswamy completed his PhD from IISC Bangalore in 1992 in the area of molecular biophysics. An avid biophysicist, he is passionate about understanding the biological processes from first principles. His research interests include Rieske non-heme iron oxygenases, sugar metabolism transport and function using various biophysical techniques. His lab is also interested in understanding the biological functions and have worked on cockroaches walleye, hydra and is now working on Planaria. Professor Ramaswamy has published about 100 research articles that have been cited more than 6000 times. 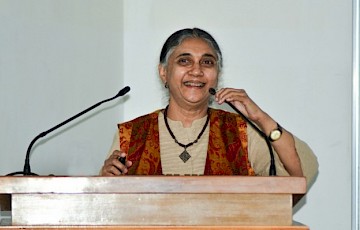 Cross-Kingdom Interactions: Mutualism and Parasitism in a Tale of Three Cities 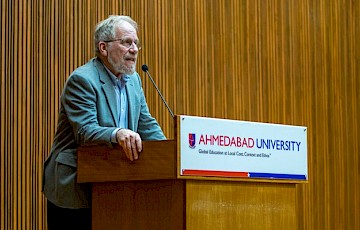