Nicholas Vreeland is the Abbot of Rato Dratsang, one of a few important Tibetan Government monasteries under the patronage of His Holiness the Dalai Lama. Vreeland is also Director of The Tibet Center, the oldest Tibetan Buddhist Center in New York City. He is a Buddhist monk and holds a Geshe degree, the equivalent of a PhD Born in Geneva Switzerland to American parents, Vreeland was educated in Europe, North Africa, and the United States, after which he pursued a career in photography. In the late sixties and early seventies, Vreeland worked as an assistant to Irving Penn and Richard Avedon and studied film at New York University. In 1977 he met Khyongla Rato Rinpoche, founder of The Tibet Center, and became a monk in 1985. Vreeland is the editor of the books, An Open Heart, a New York Times bestseller, and the 2011 release, A Profound Mind, both authored by His Holiness the Dalai Lama. He is also the founder of Photos for Rato, a series of fund-raisers that have been held in France, Italy, Germany, India, and the U.S., which underwrote, through the sale of his photographs, a large part of the construction of Rato Monastery in India. On April 20, 2012, His Holiness the Dalai Lama appointed Geshe Vreeland as the new Abbot of Rato Monastery. This was a historic moment; the first time that a Westerner had been appointed abbot of an important Tibetan Buddhist monastery. On making the appointment, His Holiness stated, "Your special duty (is) to bridge Tibetan tradition and Western world." Vreeland divides his time between The Tibet Center in New York and Rato Dratsang in India. 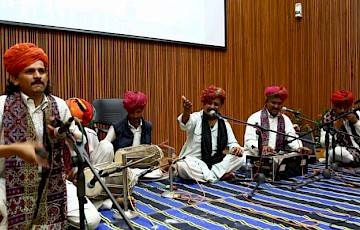