The Birth of an Indian Profession: A book by Professor Aparajith Ramnath Have you ever looked at the city around you and wondered why it looks the way it does? Who chose and made 20th Century India’s bridges, roads, railways, factories and public buildings? How, for instance, did Tata Steel in 1920 (with almost no government support) manage to create a system which produced the first Indian-trained industrial engineers? And how does this process help to explain the historical roots of contemporary India’s obsession with engineering education?

Professor Aparajith Ramnath’s first book - The Birth of an Indian Profession: Engineers, Industry, and the State, 1900-47, (OUP) was launched at Ahmedabad University on 19 September. Professor Ramnath is an electrical engineer and historian, and an Assistant Professor at Ahmedabad University. He discussed all these questions with Professor Patrick French, Dean, School of Arts and Sciences and Professor Devanath Tirupati, Dean, Amrut Mody School of Management and with the audience.

This book launch was not only attended by academics but also by people who are interested in today’s India. The book’s main themes, such as the historical role of engineers from India, Britain, and beyond, in creating and running the public works, railways and pioneering large-scale industries of the subcontinent, and how they intersected with the politics that led up to 1947. 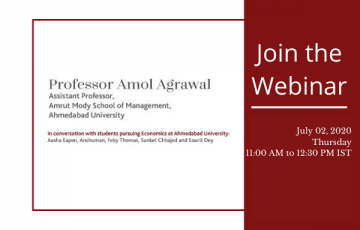 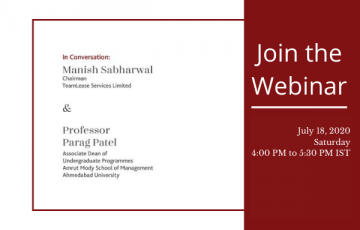 The Conversation Series: The New World of Work and Education