Professor Brian Cantor, Vice Chancellor, University of Bradford visited Ahmedabad University and delivered a lecture on 'Multicomponent and High-Entropy Alloys'. According to Professor Cantor, the conventional strategy for developing metallurgical materials is to select the main component based on a primary property requirement and to use alloying additions to confer secondary properties. This strategy has led to the development of many successful materials based on a single main component with a mix of different alloying additions to provide a balance of required in-service properties. Typical examples include high-temperature Ni superalloys, high-strength wrought Al alloys and corrosion-resistant stainless steels. However, the conventional alloy development strategy leads to an enormous amount of knowledge about materials based on one component, but little or no knowledge about materials containing several main components in approximately equal proportions. Theories for the occurrence, structure and properties of crystalline phases are similarly restricted to materials based on one or two main components. Information and understanding are highly developed about materials close to the corners and edges of a multicomponent phase diagram, with much less known about materials in the centre of the diagram. This talk describes a range of other multicomponent alloying strategies and gives a number of examples of high-entropy and other multicomponent alloys.
Brian Cantor is Vice-Chancellor of the University of Bradford.  Before that he was Vice-Chancellor of the University of York; before that Professor of Materials and Head of Mathematical and Physical Sciences at the University of Oxford; and before that a research scientist and engineer at GE Corporate Research Labs in the USA.  He is acknowledged as a world authority on materials manufacturing.  He was Vice-President of the Royal Academy of Engineering and was awarded a CBE for services to higher education in the 2013 New Year’s Honours. He was educated at Manchester Grammar School and Christ’s College, Cambridge University.  He has worked at universities, including Sussex, Northeastern, Banaras, Oxford, Washington State, York and Bradford; and for companies, including Alcan, Elsevier, General Electric and Rolls-Royce.  He has advised organisations such as NASA and the EU, and government and non-government agencies in Australia, China, Germany, India, the Netherlands, Poland, Russia, Spain and the UK.  He has chaired and been on many boards, including Isis Innovation, York Science Park, the Kobe Institute, the UK Universities Pensions Forum, the White Rose Consortium, Yorkshire Innovation, Leeds, York and Bradford Economic Partnerships, the UK College of Business and Computing, the National Science Learning Centre, the National Media Museum, the National Early Music Centre, the Centre for Low Carbon Futures, the Science Museums Group, the Marshall Aid Commission, the UK Universities Pensions Forum, and the Worldwide Universities Network.  He was a member of the Sainsbury Review of UK science and innovation.  He founded the Begbroke Science Park at Oxford and led the Heslington East campus development at York.                                                                                                  His research has investigated the manufacture of materials and has contributed to fundamental scientific advances as well as improvements in many industrial products.  He has supervised over 130 research students and postdocs, published over 300 papers and books with over 7,000 citations and a Google h-index of 45, given hundreds of invited talks in more than 15 countries, and is on the ISI List of Most Cited Researchers.  He invented the field of High Entropy Alloys.  He was awarded the Ismanam Prize, the York Lifetime Achievement Award, and the Rosenhain and Platinum Medals of the Institute of Materials.  He is an Honorary Professor at Shenyang, Zhejiang and Nanjing Universities, the Chinese Institute of Materials Research and the Indian Institute of Sciences Bangalore, an Honorary Member of the Indian Institute of Metals, a Member of Academia Europea and the World Technology Network, and a Fellow of the Institute of Materials, the Institute of Physics, the Chartered Management Institute and the Royal Academy of Engineering. 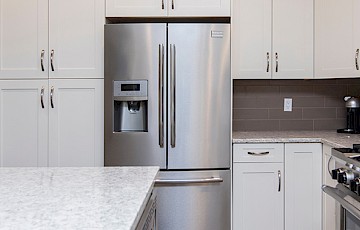 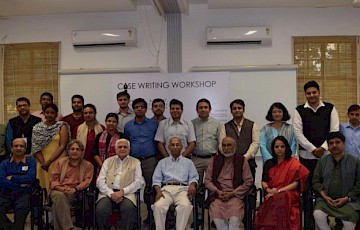