Molecular Tools for the Manipulation of Size, Surface Chemistry and Assemblies of Metal Nanoparticles Dr Prasad will be talking about his studies on Nanoscale particles, which have been envisioned to be the building blocks of a wide variety of future technologies including catalysis, electronic, optical and information technologies. As the nanoparticles have enhanced surface activity a layer of organic molecules are often used as passivating or capping agents. The surface functionalization assumes significance not just for their stability in diverse solvent media but defines the way nanoparticles interact either with themselves or with the environment/biological systems. For example, water dispersibility is an essential criterion to realize bio-applications of nanoparticles. On the other hand, dispersions in organic media can be utilized to obtain interesting assemblies. In this connection, we have been working on a procedure called “digestive ripening” process in which a colloidal metal suspension in a solvent is refluxed at or above the solvent boiling temperature in the presence of the surface active agent like thiols resulting in the conversion of a highly polydisperse colloid into a monodispersed one ( < 5%). It is hypothesized that the thiols bind and remove reactive surface atoms/clusters from big nanoparticles and redeposit them on smaller nanoparticles. In this way, large particles become smaller, while small particles become larger and eventually, an equilibrium size is obtained that is specific to each of the digestive ripening agent used. While the original work on digestive ripening has been largely carried out with gold nanocrystals, it has recently been extended to several other nanoparticle systems. Once again, the mechanism of this process is not understood, which is extremely important to generate nanocrystals with controlled and desired size distributions. In this presentation, we will review the state of the art in digestive ripening and some of the recent experimental results that we hope will help in developing a mechanistic model for digestive ripening.
Dr Prasad obtained his Ph D from Hyderabad Central University in 1997 under the supervision of Professor T. P. Radhakrishnan. He started working in the area of nanomaterials during his two post-doctoral stints; one at Tokyo Institute of Technology (TITECH) with a two-year JSPS fellowship and a one-year Research Associateship; and the other at Kansas State University (KSU) with a two and a half year NASA sponsored project. While the TITECH work was on nano graphite and its intercalation compounds, his work in KSU was on metal-based nanoparticles with emphasis on size and shape control. Currently, at NCL, his group is working on novel methods to prepare metal nanoparticles, nanoparticle and molecular self-assemblies and their applications with interest in the areas of bio-nano conjugates and their applications and surface functionalization of nanoparticles. He is a recipient of several awards: he was elected as a  Fellow of the Indian Academy of Sciences, Bangalore in 2014; received the Young Career Award-DST Nanomission in 2013; was awarded with a Bronze Medal by the Chemical Research Society of India in 2013, a Materials Research Society of India medal in 2012, and a CSIR-RAMAN Fellowship in 2012 and he was honoured as the Scientist of the year by the NCL Research Foundation in 2009. 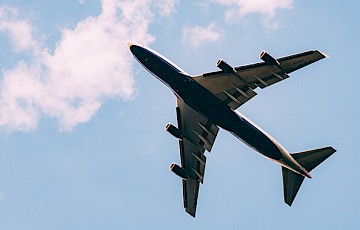 Research Seminar: On the Reduction of Turbulence-Aerofoil Interaction Noise 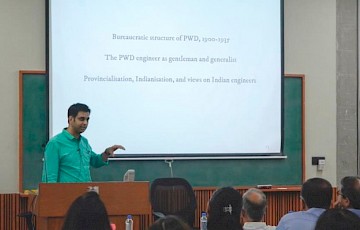