Born in Lucknow in 1958, Anita Dube completed her BA (History) from Delhi University in 1979 and her MVA (Art Criticism) from the Faculty of Fine Arts, Maharaja Sayajirao University, Baroda in 1982. As a member of the Radical Painters and Sculptors Association, she wrote the manifesto of the seminal exhibition ‘Questions and Dialogue’ in 1987. Dube is the co-founder and board member of KHOj International Artists' Association. She has contributed texts to many publications on contemporary art. 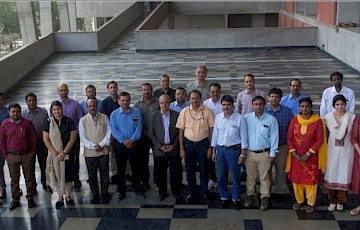 Workshop on "Service-Oriented Architecture for Spatial Data Integration and Reasoning"