Abstract: If we look into Macro Global Social and Economic Trends, it is estimated that around 9 billion people will habitat the Globe by 2050 with 30% demand in increase in food production and 50% increase in primary energy demand. There will be 10 years increase in life expectancy and 3 billion more people added to middle class. It is further expected that around 70% World population will live in cities by 2050. However, urbanization of India is going to be lower compared to other parts of World. As a result very large proposition of Indians still will be living in rural India. Besides, the human activities could push the Earth system outside the stable environmental state leading to unacceptable environmental change. This will necessitate different approach and innovative technologies for providing facilities to rural Indian population which are at par with the facilities available to Urban India which will be briefly discussed during present talk. Technical opportunities to meet challenges of future on food, health, and energy and material security will also be discussed. Some of the technologies developed by the speaker which could be relevant to rural India’s development will be presented.

About the Speaker: Dr. Raksh Vir Jasra is currently working as Senior Vice President (R&D), Reliance Industries Limited, Reliance Manufacturing Division, Vadodara. He obtained his PhD from IIT Delhi, in 1981. He was visiting scientist at Imperial College of Science and Technology, London (1989-1990). He has published nearly 300 original research articles, along with 83 patents granted including 35 U.S. patents. He has supervised nearly 27 PhD students. He has received several awards including National Award for Technology Innovation in Petrochemicals and Downstream Plastic Processing Industry was for the Development High thermally conducting polymer films for electronic applications by the Ministry of Chemicals and Fertilizers, Government of India, 2016, Federation of Gujarat Industries award for excellence in research, 2015, Indian Merchants Chamber (IMC) Inclusive Innovation Award 2014 and Fellow of Indian National Academy of Engineering, 2008. 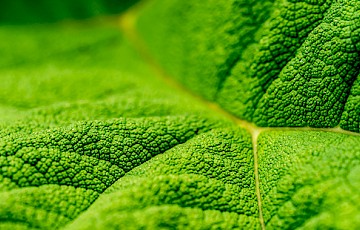